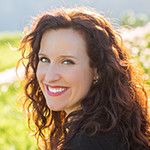 Stephanie is the Director of Regulatory, Quality & Clinical Systems at Evidation Health, a digital health company based in San Mateo, CA. Prior to Evidation, Stephanie led Clinical Engineering at Element Science, where she spearheaded the user interface design and created the human factors and preclinical programs for a wearable therapeutic device for treatment of sudden cardiac death. Stephanie began her career in Abbott’s Professional Development Program where she held various roles across Global Pharmaceutical Operations, Hematology and Abbott Vascular. From there, she led design and development programs within Abbott’s Structural Heart and Electrophysiology divisions where she worked on the MitraClip percutaneous mitral valve repair system and the RhythmView mapping software for cardiac arrhythmias. Stephanie holds a BS in Chemical Engineering with a minor in Technology and Management from the University of Illinois Urbana-Champaign.