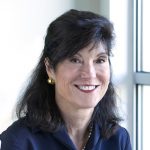 Previously she was on the faculty of the Stanford University School of Medicine where she served as Director of the Stanford Comprehensive Epilepsy Center. A graduate of Stanford Medical School, she completed residency training in Neurology at University of Pennsylvania, as well as fellowship training in EEG and epilepsy. Dr. Morrell’s clinical and research work has been directed to the care of people with epilepsy.

She has more than 150 publications on epilepsy and has spoken extensively on epilepsy nationally as well as internationally.