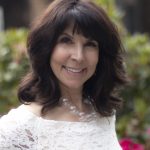 Giulia C. Kennedy is Chief Scientific and Medical Officer for Veracyte. Since joining the diagnostics company in 2008 as part of the founding team, Dr. Kennedy has overseen the development of five commercialized genomic tests that resolve diagnostic uncertainty and are becoming standard of care. Through Dr. Kennedy’s leadership, Veracyte pushes the boundaries of what is possible by using big data and machine learning to answer critical clinical questions. Prior to Veracyte, Dr. Kennedy was Senior Director of Genomics at Affymetrix, Inc.and led the transition of a novel microarray-based genotyping method from research through product development and successful commercialization.

Previously, Dr. Kennedy was a scientific leader in cancer gene discovery at Chiron Corporation. Before that, she was a scientist at Millennium Pharmaceuticals, where she implemented genetic approaches to study diabetes. She holds a Ph.D. in Biochemistry and completed postdoctoral training at UCSF, and now serves as an advisor for their Catalyst Program. She was recently appointed as a Board Director of Astarte Medical, a precision medicine company. Dr. Kennedy has published more than 70 peer-reviewed scientific articles and is a co-inventor on more than 20 patents.