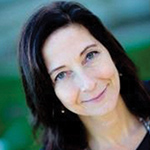 Amy is the Founder and Editor-in-Chief of DiabetesMine, a leading online destination for people with diabetes and one of the top health blogs around the country and world. As of January 2015, DiabetesMine became part of San Francisco-based Healthline Networks, where Amy now serves as Editorial Director, Diabetes & Patient Advocacy. Amy is a journalist/blogger and patient advocate who started DiabetesMine.com after her diagnosis with Type 1 diabetes in 2003. The site has won numerous awards and was recently named the No. 1 diabetes influencer by ShareCare.com and the American Diabetes Association. Amy has made it her personal mission to spur innovation in diabetes care that originates with patients. She penned an open letter to Steve Jobs in 2007 that went viral, developing into an international crowdsourcing competition called the DiabetesMine Design Challenge – culminating in the DiabetesMine Innovation Summit event she now hosts each Fall at Stanford School of Medicine.